It’s a big news that TikTok has chosen Oracle over Microsoft as its preferred suitor to buy the popular video-sharing app. However, Microsoft had announced on this Sunday that its bid to purchase TikTok has been rejected, which lead in removing a leading suitor for the Chinese-owned app a week before President Donald Trump had promised to follow through with a plan to ban it in the United States.

“Let us know today they would not be selling TikTok’s US operations to Microsoft.”

Moreover, the Trump administration has also threatened to ban TikTok by mid-September and has ordered ByteDance to sell its US business, further claiming the national-security risks due to its Chinese ownership. However, in this stage, the government worries about user data being funneled to the Chinese authorities. TikTok has denied it is a national-security risk and is also suing to stop the administration from the threatened ban.

Walmart had planned to become partner with Microsoft on the deal. However, it’s not clear if Walmart is still interested in partnering with Microsoft. Oracle has declined to comment.

“Keeping this proposal as confidential would have been good for TikTok’s users, while protecting national security interests. It would have made significant changes to ensure the service met the highest standards for security.” 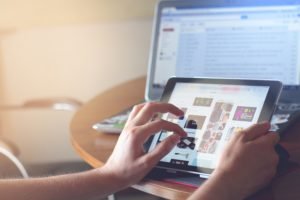 Write to us at [email protected]

What is GDM?
What is Digital Marketing?
Services Overview
All Industries

This website uses cookies to improve your experience while you navigate through the website. Out of these cookies, the cookies that are categorized as necessary are stored on your browser as they are essential for the working of basic functionalities of the website. We also use third-party cookies that help us analyze and understand how you use this website. These cookies will be stored in your browser only with your consent. You also have the option to opt-out of these cookies. But opting out of some of these cookies may have an effect on your browsing experience.
Necessary Always Enabled
Necessary cookies are absolutely essential for the website to function properly. This category only includes cookies that ensures basic functionalities and security features of the website. These cookies do not store any personal information.
Non-necessary
Any cookies that may not be particularly necessary for the website to function and is used specifically to collect user personal data via analytics, ads, other embedded contents are termed as non-necessary cookies. It is mandatory to procure user consent prior to running these cookies on your website.
SAVE & ACCEPT